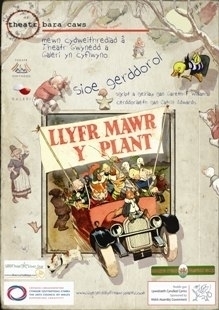 We are also able to offer a post production package that includes the facilities to record a show to a digital multi-track recorder, synchronised to timecode – especially useful when making a recording to accompany a video shoot.  The material can then be ‘patched’, augmented and mixed at Studio Aran for CD/DVD or broadcast use. 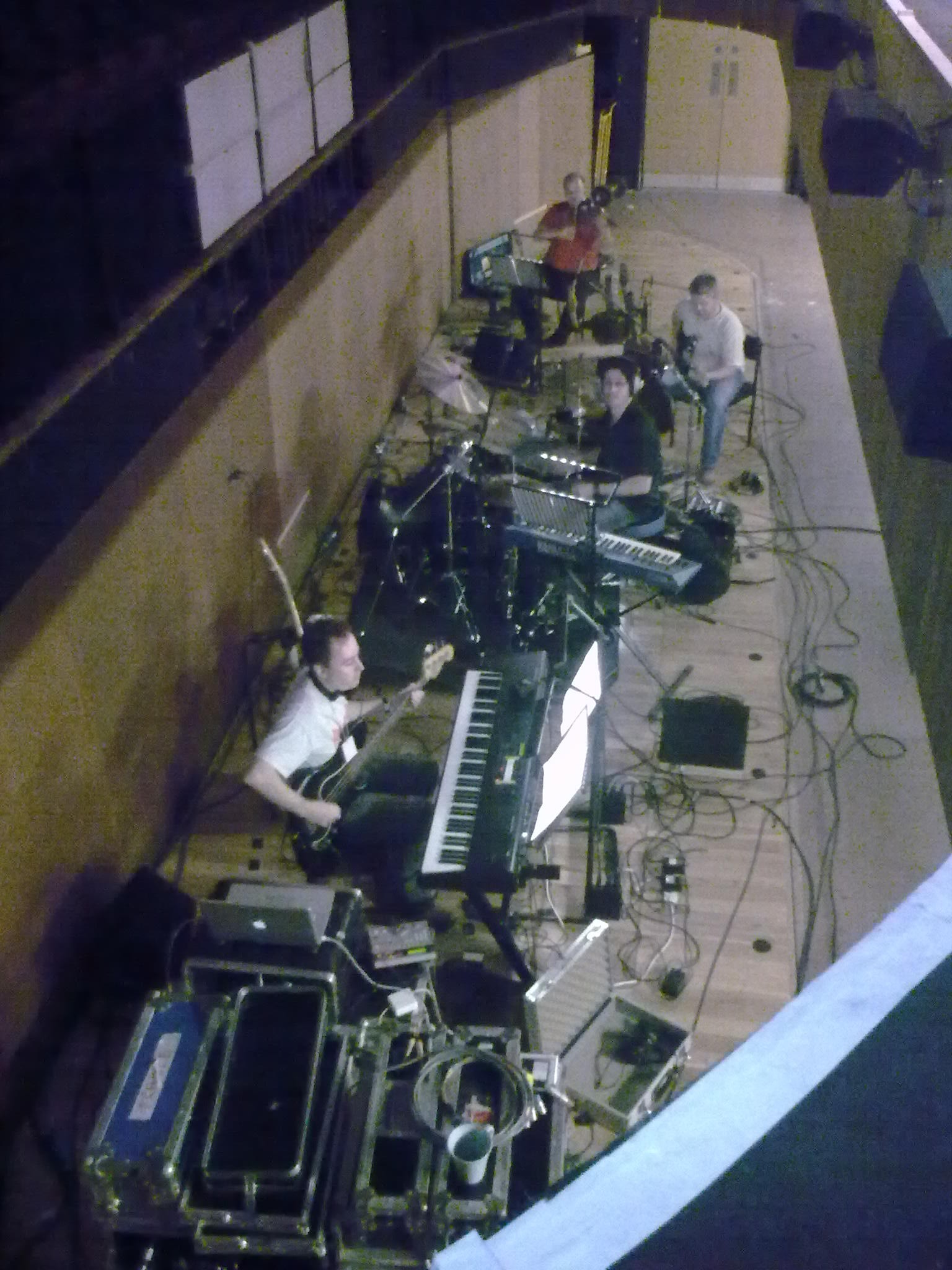 01/12/08 • The musical based on 'Llyfr mawr y Plant' received a warm welcome during its tour of Wales in the Autumn of 2008. Music by Catrin Edwards, Musical Director - Emyr Rhys

DOWN IN THE PIT

Emyr Rhys in foreground during soundcheck at the Millenium Centre, Cardiff 2008

Emyr Rhys is also the Musical Director for the funk and soul based function band - ubergroove.co.uk