Our label - ‘ARAN RECORDS’ was established in 2006 as an additional outlet for the work of Producer - Emyr Rhys.  Over the past Twenty Years he has worked with many prominent Welsh Artists, including:- 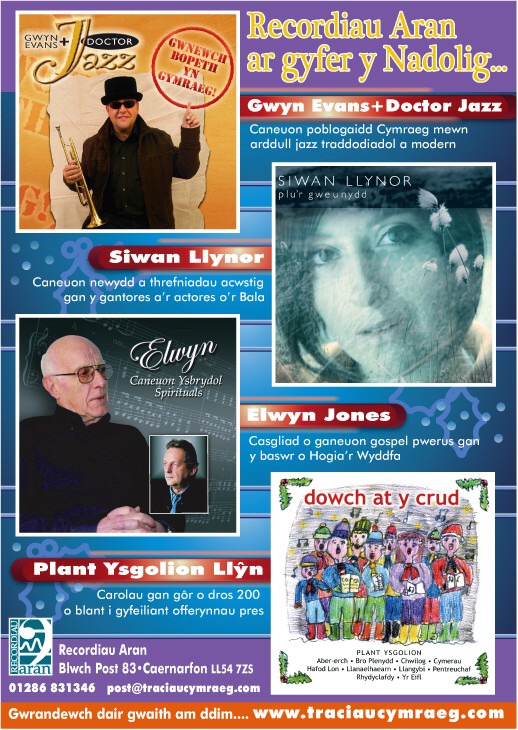 ARAN RECORDS also offers a number of recording packages for choirs and solo artists that include every element of the production process through to a finished quantity of CDs. These packages can be viewed at www.aranrecords.co.uk

Our production services are also often employed in the development of educational resources to support the National Curriculum, or other publicly funded initiatives such as ‘CanSing’. Increasingly these projects are delivered via the web or interactive media. Clients in this area have included: